Speaking at the Conservative Party conference in October 2016, the prime minister said:

This sounded like a rejection of the potential for any kind of global governance or sovereignty and a reassertion of the primacy of the nation state as the main source of political authority and cultural identity.

However, Theresa May did also promise that after Brexit:

“…the Britain we build … is going to be a global Britain…we will not retreat from the world…now is the time to forge a bold, new, confident role for ourselves on the world stage: keeping our promises to the poorest people in the world, providing humanitarian support for refugees in need, taking the lead on cracking down on modern slavery wherever it is found, ratifying the Paris Agreement on Climate Change.”

So, working in partnership with other states for the greater good may be important, but the self-interested nation is the right level to decide how to address the challenges we face, both local and global.

Coming from a different political tradition, the commentator Giles Fraser wrote in The Guardian in September 2016 in praise of a localism “where roots were set, where generations were born and died, where the British values of social togetherness were nurtured”. He criticised the cult of the ‘global citizen’ as epitomised by the ‘beautiful nomad’ of the advert for Pullman hotels, who has little respect for roots or for locality and who believes only in the things that they have made, bought or chosen.

In other words, to use David Goodhart’s taxonomy in The Road to Somewhere, we have to choose between being ‘somewhere’ and grounded or ‘anywhere’ and rootless. Goodhart fills out these categories by adding that the ‘anywheres’ are better educated and more socially liberal than the ‘somewheres’ and, hey presto, we have a neat dichotomy – just like Brexit / Remain. Apparently, it’s not possible to identify strongly with a place and a culture while also being open to change and influence from outside or showing care and solidarity with people who are very different to us.

These stereotypes are inadequate to describe the complex identities, affiliations and values of human beings trying to make sense of the world. We face a range of difficult problems as individuals and as a species. These problems do not fit neatly into the categories of local, national or global. Most of the environmental, social and political challenges we have to confront manifest themselves at every level and require determined co-ordinated action at every level . Rather than putting all our eggs in the nation-state basket, we need to make sure that we share out our democratic sovereignty at different levels to ensure effective action and accountability at the right level;  local, regional, national and global.

We’re perfectly capable of understanding these questions of scale and impact and to be responsible and rooted citizens of our local communities and nation states while also thinking of ourselves as citizens of the world. We don’t have to hand all sovereignty to a single level of government – it is far more effective and less dangerous if it is shared out.

So let’s reject the false choice between being either inward-looking and parochial or outward-facing and internationalist and embrace our capacity to be both ‘somewhere’ and ‘anywhere’ at the same time. 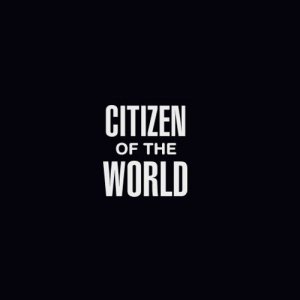 The University of Nowhere (April 2017)

I am a Senior Policy Manager at the Association of Colleges (AoC) having previously been a college principal for 16 years and a teacher before that. I live in East London and I blog in a personal capacity about education and culture. I also tweet at @eddieplayfair
View all posts by Eddie Playfair →
This entry was posted in Politics and tagged anywheres, David Goodhart, Giles Fraser, global citizenship, Solidarity, somewheres, Theresa May. Bookmark the permalink.