‘Not for Profit’ by Martha Nussbaum

In Not for Profit (2010), the U.S. philosopher and academic Martha Nussbaum argues that we are in the midst of a global crisis in education. Why? Because we are too willing to neglect the skills we need to keep democracy alive; the ‘humanistic’ aspects of science and social sciences are losing ground as nations choose to prioritise profit and short-termism.

Nussbaum has no objection to scientific, technical or vocational education for economic growth as long as this is not to the detriment of the arts and humanities which develop the ability to think critically, transcend local loyalties and approach global challenges as a ‘citizen of the world’. In her view, all educational projects should be judged by how well they prepare people to live in a diverse, plural democracy and no system is doing well if it only benefits an elite.

An education for democracy, by contrast to education for profit, should be based on a human development paradigm and offer a threshold level of opportunity to all citizens to:

In order to sustain democratic institutions based on respect, education must fight to help democracy prevail against hierarchy and simplistic dichotomous thinking. This can result from our own anxiety about our weakness and vulnerability in the face of overwhelming or apparently insurmountable problems. Education needs to work with children’s increasing capacity for compassion and concern and their ability to see things from another’s point of view.

People can act worse when they find themselves in pernicious structures which allow them to be anonymous or unaccountable, which discourage dissent or which de-humanize others. Instead, the content and pedagogy of education can reinforce structures which do the opposite.

The importance of argument

The ability to argue in the Socratic way is of great value to democracy and a liberal arts education can strengthen dialogic, imaginative and independent thinking skills. Socratic reasoning is a social practice which should shape our institutions as well as our teaching and this is well within the reach of all education systems. Philosophy should be an essential part of education; we need to infuse critical thinking into pedagogy and give students a chance to practice what they have learnt by debating and writing.

People need to be educated to see their deeds and the reasoning behind them as their responsibility. A lack of self-examination can lead to a lack of clarity about goals and people who are too easily influenced, defer too readily to authority or peer pressure and treat each other without respect.

Nussbaum reviews attempts to address this from Rousseau, Pestalozzi, Frobel, Alcott and Mann to Dewey and Tagore and quotes from the syllabus Tagore wrote for his own pioneering school in India:

“Our mind does not gain true freedom by acquiring materials for knowledge and possessing other people’s ideas but by forming its own standards of judgement and producing its own thoughts.”

The greatest problems we face as human beings – whether economic, environmental or political – are global in scope and we have no hope of solving them unless different and distant people can come together and co-operate in new ways. Our education systems should equip us to function as ‘citizens of the world’. In this context Nussbaum quotes Model United Nations projects and the Future Problem Solving Program International (FSPI) approvingly as examples of initiatives which help students design solutions to global problems using critical thinking and imagination.

While knowledge is no guarantee of good behaviour, young people need to learn about global history, global economics, the world’s religious traditions, the differences between us as well as our shared human needs. World citizenship should be taught as part of the basic liberal arts portion of the curriculum and include basic economics, global justice, philosophy and political theory.

These are realistic demands in U.S. higher education, where a liberal arts approach to degree level courses is common. In the U.K. specialisation generally starts young and we are just beginning to see some liberal arts thinking in the design of a few undergraduate degrees – but there is a long way to go before liberal arts curricula cease to be the exception and become widely available.

Literature and the arts

We can’t relate well to our complex world with facts and logic alone. We need the ability to imagine what it might be like to be someone else; a narrative imagination and a cultivation of sympathy. This requires a humanities and arts curriculum. Dewey, for example, insisted that studying ‘fine art’ should not be contemplative or cut off from the world; children should not be taught that imagination is only useful in the domain of the imaginary. Instead they need to see the imaginary dimension applied to the world around them. For Tagore, the arts cultivate sympathy, promote self-cultivation and responsiveness to others. One cannot cherish in others what one has not explored in oneself.

The arts, by generating pleasure in acts of subversion and reflection, generate a dialogue with the assumptions of the past and cultivate minds that are open, flexible and creative.

Nussbaum is concerned that education for democratic citizenship is in retreat. We maintain that we love democracy, self-government, freedom of speech, respect for difference and understanding of other but we are thinking far too little about how to transmit these values to the next generation. Distracted by the pursuit of wealth we are turning out profit-makers rather than thoughtful citizens.

“The real clash of civilization is a clash within the individual, as greed and narcissism contend against respect and love. All modern societies are losing the battle. If we do not insist on the crucial importance of the humanities and the arts, they will drop away because they do not make money.”

In Not for Profit Nussbaum makes a clear and persuasive case for an education for human development and democratic global solidarity. It deserves our support and these are surely the very values which should guide us in developing our school and university curricula. However, we must not underestimate the difficulties. At many levels, reason, civilisation and broad human flourishing are ranged against barbarism, irrationalism or narrow instrumentalism and the balance of power is too often in favour of the latter. 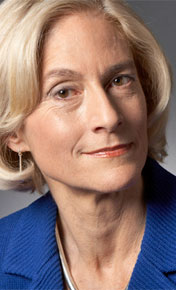 I am a Senior Policy Manager at the Association of Colleges (AoC) having previously been a college principal for 16 years and a teacher before that. I live in East London and I blog in a personal capacity about education and culture. I also tweet at @eddieplayfair
View all posts by Eddie Playfair →
This entry was posted in Education, Reviews and tagged arts education, citizenship education, Critical thinking, curriculum, Democracy, Education, Equality, John Dewey, liberal education, Martha Nussbaum, Rabindranath Tagore, Solidarity, Universities. Bookmark the permalink.