A better future for London? 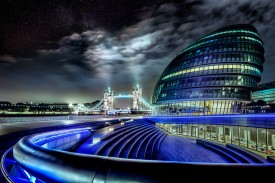 The political parties are currently in the process of choosing their candidates for the 2016 London mayoral and Greater London Assembly elections. For Labour, this means that members in London are pondering who is best placed to help win back the mayoralty of one the world’s greatest cities after 2 Tory terms. They’re doing this at the same time as they consider who to select as national party leader.

Any Labour mayor elected next year would have a full 4 year term to show what their party can achieve in office before their national leader has the chance to implement a single policy on a national scale if elected in 2020. So for Labour this is a real opportunity to show how it can do politics differently and win the confidence of voters, not just in London but across the country. Get it right in the capital and it could set the agenda for a progressive parliamentary majority in 2020.

London will remain a great city whoever is elected, but there are many worrying trends and problems building up which need attention and could benefit from some radical thinking. For starters, we are the most unequal city in the most unequal country in the developed world and those inequalities can be seen in every sphere of life, in terms of housing conditions, income levels, health problems and life chances. At the same time we are an immensely rich city which continues to attract inward investment.

So instead of being known as the city of extremes, what if we aspired to be the most equal, the most sustainable and the most child-friendly city in the world? What if we set out to make London a learning city, a caring city and a healthy city as well as a creative, diverse and dynamic one? What if, for example, the mayor used their influence to mobilise all of London’s educational resources to help meet the needs of all of its citizens by promoting partnership and collaboration rather than competition? And what if that partnership also included all of London’s great cultural assets and biggest employers? The potential is phenomenal.

Inevitably at the moment the focus is on the individual candidates and their likely voter appeal. Choosing an excellent candidate is clearly important but attention also needs to be given to policy development; how it’s done and how Londoners can get involved. The selection of a candidate could simply be a popularity contest followed by a conventional campaign or it could be the opportunity to open up a real debate about how London needs to change and the start of a broad appeal for ideas to help realise that vision of a better city. What if this election was just the start of a process of engaging Londoners in shaping the future of their city? The policies for London which emerge could prefigure those that will be needed on a national scale.

To be effective any mayoral candidate will need to combine a strong sense of direction and a compelling vision of the future city with a genuine openness about the policies which can best nudge our city-region in the right direction. They will need help from everyone who is dissatisfied with the way things are at the moment.

In the search for radical but practical ideas for change, one of the most hopeful developments has been the Changing London process initiated by David Robinson, one of the co-founders of the pioneering Newham-based charity, Community Links. So far this has involved crowd-sourcing a range of good ideas around key themes, including some borrowed from other great cities. There is also a book: Changing London – a rough guide for the next London mayor and open meetings, like the one I attended on 28th May with three of the potential mayoral candidates: Diane Abbott, David Lammy and Christian Wolmar. This hasn’t been about drafting a manifesto but initiating a process which has the potential to reach beyond political insiders and party members.

The Changing London project has so far been organised around 6 broad themes each including a range of ideas:

1. A great place to grow up: including six promises and a ‘cultural guarantee’ for every London child as well as the creation of 10,000 play streets.

3. A fair city: putting power, wealth and opportunity in the hands of the many not the few, using a ‘mayor’s share’ in London’s biggest businesses to promote anti-poverty and affordable housing objectives.

4. A healthy city: which really prioritizes the health of its citizens and tackles health inequalities.

5. A deeper democracy: trying out new processes to involve Londoners in decision-making, for example an ‘Ideas for London’ agency to seek out and develop new ideas and an annual referendum on big issues facing the city.

6. A spirit of can-do: promoting the sense that change is possible and a willingness to listen to, and try out, new ideas.

If initiatives like Changing London can inspire, catch on and grow they have the potential to invigorate our politics and our city. The stakes are high and the early signs are promising.

I will be posting soon on how London could aspire to be a learning city by 2020. 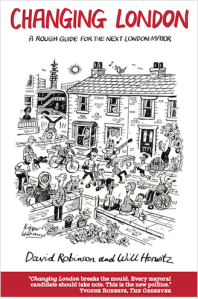 I am a Senior Policy Manager at the Association of Colleges (AoC) having previously been a college principal for 16 years and a teacher before that. I live in East London and I blog in a personal capacity about education and culture. I also tweet at @eddieplayfair
View all posts by Eddie Playfair →
This entry was posted in Politics and tagged Changing London, Christian Wolmar, David Lammy, David Robinson, Democracy, Diane Abbott, elections, Equality, inequality, Labour party, London, London mayor, politics. Bookmark the permalink.