Bacc on the agenda

If England is to have a post-16 education system fit for an advanced modern democracy we need to move towards a single national baccalaureate capable of meeting the aspirations of all young people and founded on shared values and a common vision of what it means to be an educated young person today.

This was the view which emerged from the excellent New Visions and Compass joint seminar ‘Towards a National Baccalaureate framework’ held at the UCL Institute of Education on 4th March.

First, Professor Richard Pring reminded us of the frenzy of policy change which has bedevilled post-14 education since the 1980’s with a succession of half-baked government initiatives, none of which were given a chance to bed-down: DoVE, CPVE, TVEI, GNVQ, the Diploma and many more. Richard is in favour of an overarching National Bacc but warned of the dangers of partial or poorly thought-through initiatives which don’t amount to sustained reform; turbulence without change.

We then heard from Professor Ken Spours, who has been developing and advocating the idea of an overarching curriculum framework for some time. Ken is used to false dawns, having been involved in the Tomlinson committee, but he believes that the National Bacc is an idea whose time has come and that we can have change without turbulence.

Ken shared his 10 reform propositions with us:

It’s clearly sensible to try to establish a consensus from shared aims and values and to build from the elements of a system which we already have. The Husbands review proposal for a common National Bacc for all is a promising starting point with its simple design principles and flexible structure. However, the Labour Party which commissioned the review has not taken it up. Instead, they seem stuck in a Tech Bacc groove where vocational reform is seen as the answer to youth unemployment, skills shortages and economic stagnation. This feels like tweaking one half of our ‘two-nation’ system rather than an holistic approach.

A ‘civil society’ approach which relies on practitioners building a new framework from the bottom-up is very attractive. The best prospect for this at the moment is emerging from the Headteachers’ Roundtable and their proposed National Baccalaureate Trust. But we must not let government off the hook. They should be expected to establish national aims and values for the education of 16-19 year old’s and to support the development of an ambitious national curriculum framework and high quality institutional and accountability arrangements capable of meeting the needs of this whole age group.

We need to recognise that 16-19 year old’s in sixth form education are now by far the least well-funded learners in English public education, with 18/19 year old’s the poorest relations of all. While most developed countries provide 25-30h per week in upper secondary education, most young people in England get around 16h a week contact time on a shrinking 2 year programme with less and less curriculum enhancement. If the thin gruel which we currently offer this age group is to be enriched, this will need to be funded and parity with 11-16 education funding should be a realistic objective. Perhaps a small fraction of the billions which Labour has identified to fund their proposed reduction in university fees could be invested in the kind of 16-19 provision which would better prepare young people for success at university as well as in employment. 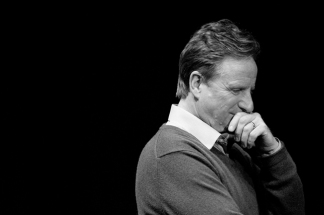 I am a Senior Policy Manager at the Association of Colleges (AoC) having previously been a college principal for 16 years and a teacher before that. I live in East London and I blog in a personal capacity about education and culture. I also tweet at @eddieplayfair
View all posts by Eddie Playfair →
This entry was posted in Education policy and tagged 18 year olds, comprehensive education, curriculum, Education, employment, Labour party, liberal education, National baccalaureate, Post-16 funding, Tech Bacc, Universities, vocational education, young people. Bookmark the permalink.