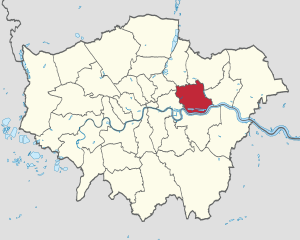 Disadvantaged young people in Newham are more than twice as likely to progress to university than in England as a whole and their progression rate is the 4th highest of all local authorities in the country. The ‘disadvantage gap’ between them and their ‘non-disadvantaged’ peers is less than a third of the national average and the 3rd narrowest in the country. This very strong performance is not new and Newham has consistently been ahead for these measures for many years and has narrowed the disadvantage gap faster than average.

By any standard this is an outstanding record of sustained widening participation over many years and something everyone in Newham can take pride in. The lives of many thousands of young people in Newham have been transformed thanks to their own efforts and those of long established Newham schools and colleges. All of this despite the many challenges faced by young people in one of the poorest and most disadvantaged contexts in the country.

Data for this analysis were drawn from the recently published Widening Participation in Higher Education Statistics which cover the 9-year period 2005/06 to 2014/2015 for young people in state-funded schools and colleges who had progressed to Higher Education (HE) by the age of 19 and includes a breakdown by their Free School Meal (FSM) status.

Some key points:
1. Progression has increased overall nationally: There was a steady increase in the proportion of young people progressing to university in England from 30% to 38% of the cohort in this period.

2. Progression has increased for both disadvantaged and less disadvantaged students nationally: The proportion of students progressing to HE from both the FSM and non-FSM groups increased over this period; from 13% to 24% for FSM students and from 33% to 41% for non-FSM students.

3. There has been no significant narrowing of the ‘disadvantage gap’ nationally: Despite the overall improvement, the gap between the progression rates of FSM and non-FSM students has remained stubbornly high nationally, shifting barely at all; from 19% to 18% over this period.

4. Newham’s performance is outstanding by any standard: Newham’s progression figures are well above the national average, but it’s worth drilling down a bit further and looking at the Inner London region which is the highest performing region in the country with an FSM progression rate of 45% and a ‘disadvantage gap’ of only 8%. Even when compared to the high performing Inner London region, Newham’s record is impressive; the progression rate for FSM students of 49% is above the Inner London average and is the 3rd highest in the region behind only Westminster and Kensington & Chelsea. Newham’s ‘disadvantage gap’ of 5% is also well below the Inner London average and only Westminster and Islington do better.

5. Newham has sustained high HE progression rates over many years: The proportion of Newham students progressing to HE was above the Inner London average every year throughout this 9-year period, in fact the borough actually improved its relative position in that time.

6. Newham has narrowed the ‘disadvantage gap’ over many years: During this 9 year period Newham’s ‘disadvantage gap’ has also fallen faster than average; from 11% to 5% compared to the Inner London fall from 12% to 8% and a mere 1% fall nationally from 19% to 18%.

All these improvements were achieved steadily over the 9 year period and do not correlate with the recent creation of new selective sixth form providers in the borough.

This demonstrates the strong commitment over a long period of young people in Newham to HE progression  as well as being a tribute to all the work done over many years by Newham’s post-16 providers. As the largest and most comprehensive of these, Newham Sixth Form College (NewVIc) has made a significant contribution to establishing a long-term culture of HE progression and helping to achieve Newham’s sustained record of success. Throughout the 25 years the college has been open we have consistently promoted high levels of student achievement and progression and we will continue to do so into the future.

University progression for the NewVIc class of 2015 (December 2015)

I am a Senior Policy Manager at the Association of Colleges (AoC) having previously been a college principal for 16 years and a teacher before that. I live in East London and I blog in a personal capacity about education and culture. I also tweet at @eddieplayfair
View all posts by Eddie Playfair →
This entry was posted in Education, NewVIc and tagged aspiration, disadvantage, disadvantage gap, Education, England, free school meals, London, Newham, Newham Sixth Form College, NewVIc, Social mobility, university progression, widening participation. Bookmark the permalink.