The economy of ideas #2

Human culture is such a complex and fluid assemblage of shared knowledge, ideas, beliefs, attitudes, perspectives and practices. How can we even begin to analyse and usefully study it?

One way is to break it down into its smallest recognisable units and study their propagation and the relationships between them instead of looking at the whole. We can isolate the simplest component ideas from broad cultural movements. It can be useful to break things down into parts which can be described and studied one at a time.This kind of reductionism has its place and much scientific investigation relies on this approach.

This is at the root of the idea of memes or units of culture which was popularized by Richard Dawkins’ when he coined the term in The Selfish Gene (1976). The idea is that these are ‘hosted’ in human brains and are more or less successful because of their ability to survive and replicate; leaping from brain to brain. The transmission metaphor is also genetic; ‘copying’ with some ‘mutation’ thrown in.

But rather than breaking things down to then build them up again, this rather fundamentalist reductionism which sees genes as the key ‘actors’ in evolution, more significant than organisms or ecosystems, also regards memes as more significant than the wider cultural ecology they are part of. This leads to language and religion being described as ‘viruses’ or ‘memeplexes’ occupying human brains rather than complex human behaviours substantially shaped by us.

In her book Science and Poetry (2001) the philosopher Mary Midgley describes this kind of reductionism as ‘the atomistic habit of breaking up wholes into ultimate units‘ and adds: ‘We can now have cultural atomism as well, the idea that culture too has an atomic structure, being composed of ultimate units known as memes.’

However, in reality, ideas, values and beliefs are connected in varied and complex ways in a range of belief systems shaped by the people who produce them, are exposed to them, change them and are changed by them – in other words by events and history. So we are dealing with socio-historical phenomena which can only be fully understood by looking at the social-historical level as well as at the level of the individual human in the here and now.

The actual tools of cultural studies draw on sociological, anthropological, historical, political and other perspectives and techniques to try to explain culture at the social level. This seems more appropriate than reducing culture to memes because culture is an emergent social phenomenon. This approach may not qualify as a science but it is better equipped to do justice to the many layers, meanings and antecedents of even the simplest cultural phenomena.

Consider the idea, or meme, of universal comprehensive public education. To even entertain such a concept we need shared ideas of a state which can tax and spend for the public good and the idea of public institutions such as schools for all. These ideas build on prior ideas of equality and democracy as well as particular perspectives on psychology, education, educability and human nature itself. So the idea of the comprehensive school does not just spring up out of the blue, it is a product of the interplay of various ideas and can only emerge when those ideas are already fairly well established. Such a meme couldn’t even exist, let alone thrive, without these preconditions. And even when it is out there in the popular imagination, it still requires political struggle to bring about the changes needed to establish it in practice.

So treating cultural evolution as a competition between individual memes floating around in the meme pool of our collective brains fails to acknowledge the complexity of human culture and behaviour. If we see cultural transmission as based on mere copying or imitation, we really are giving up on critical reflection, rationalism and all those capacities which make us human.

This doesn’t make it meaningless to study ideas as separate things or to ask why particular ‘catchy’ ideas are so ‘catchy’, we just need to remember that ideas don’t exist in a social vacuum, they come from us, they relate to us and we use them and change them.

Taking a ‘meme’s eye’ view of culture neglects the social level – the very level at which culture operates. Reducing culture to memes is like reducing social transactions to economic ones or reducing human nature to genetics. It’s dangerously short-sighted and misses the big picture.

The economy of ideas #1 The marketplace of ideas (July 2015)

Education as a whole and in its parts (November 2014) 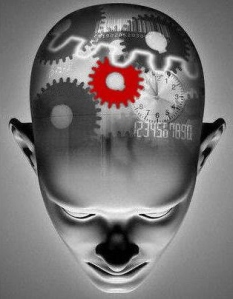 I am a Senior Policy Manager at the Association of Colleges (AoC) having previously been a college principal for 16 years and a teacher before that. I live in East London and I blog in a personal capacity about education and culture. I also tweet at @eddieplayfair
View all posts by Eddie Playfair →
This entry was posted in Education, Philosophy and tagged cultural education, culture, emergence, ideas, Mary Midgley, memes, reductionism, Richard Dawkins, The Selfish Gene. Bookmark the permalink.