The BBC’s Ten pieces is a brilliant music education resource for primary schools based on a selection of 10 pieces which introduce children to classical music with a range of associated materials for schools to use. Although there is nothing specifically ‘primary’ about these pieces, they will be followed in the autumn by 10 carefully chosen secondary pieces.

We can disagree with the selection, it is drawn from a western canon and neglects more musical traditions than it includes. We could easily propose some very sound alternatives and each one might contain 10 entirely different pieces of music.

Does this invalidate this particular selection? Like all canons, Ten pieces is an introduction, a gateway to further experiences. It offers young people across the country the possibility of a shared experience of this music. Primary pupils across the country will be working on the same pieces and will be able to discuss them and become familiar with them collectively. The focus on just 10 pieces allows deeper study within a reasonable range while also providing a stepping stone to many other musical experiences via other work by the same composers, music with similar themes or in similar genres or even contrasting works.

So what are we saying when we propose a canon?

First of all we are saying: ‘we think his stuff is good, it’s worth getting to know because it will enrich your life and you’ll probably enjoy much of it too.’

We are also saying: ‘this stuff belongs to us all, it’s part of our cultural heritage and you’ll be missing out on a human entitlement if you don’t know about it and engage with it.’ More specifically, ‘it belongs to you’, it’s not being done to you or imposed on you. It will evoke a specific personal response in you and this will grow and change over time as you interact with this and other cultural products.

Finally, we are saying: ‘each of us can build our own personal canon drawn from the widest possible range of cultural experiences. For that to be possible, we need to be introduced to that full range, to understand what we can get from it and to be critical in our  response to it’.

Of course there is a danger that we might also be saying: ‘this stuff we’ve chosen is better than everything else and nothing else is worth considering’

Reinterpretations of classics can be controversial. Do they disrespect or enhance their canonical value? Contemporary attempts to refresh established works and make them ‘relevant’ by changing some aspects while keeping others don’t always add and can sometimes take away. But all new cultural activity draws on previous activity and taking inspiration from, or messing with, an acknowledged classic is not necessarily a sign of a lack of ideas and it guarantees neither success nor failure.

If we place a single canon on a pedestal and confer unique authority to its contents we can end up with an imposed model of cultural value. This is the path to fossilisation and cultural totalitarianism. It suggests a lack of confidence in our choices and a reluctance to justify them as well as a refusal to accept that radically different ways of seeing and doing things might actually improve on the old and established ways. Such an approach also implies a kind of cultural stasis which has never existed and suggests that all the best work has already been done – a kind of ‘end of culture’ which is just as ludicrous as the ‘end of history’.

On the other hand indulging in an ‘anything goes’ relativism which claims that all cultural products are of equal value and which rejects any attempt to apply objective standards, is to avoid making any judgements or acknowledging any kind of qualitative difference between cultural experiences. This offers no opportunity for genuine learning and must surely be a dead end.

If a canon, like a curriculum, is a ‘selection from the culture’ in Denis Lawton’s words – drawing on Raymond Williams concept of a ‘selective tradition’ –  the important question becomes ‘who is doing the selecting, on what authority and what is their perspective?’. It is only by broadening, diversifying and democratizing the process of canon-making or curriculum design that we can have important debates about culture and values. There can be many competing canons in the marketplace of ideas but they need to have some credibility and status in order to be worth criticising.

So I suggest that the best response to any proposed canon is a dual one; both embracing and resisting it. If it’s been designed with good motives, we should engage with it seriously on its own terms while also seeing it as one of many provisional and necessarily flawed attempts to summarise the best a culture has to offer. We can then challenge and debate it as part of a process of proposing improvements or even a completely fresh start. We need to take both a historical and critical perspective, doing justice to both the grammar and the dialectic.

To state the obvious: what matters to us matters. If it is worth describing, it is worth debating and disagreeing about. What others propose as a worthwhile canon is a challenge to all of us. And how we respond to that canon matters to each of us as we set about the lifelong task of building and arguing for our very own personal canon. But without a canon to embrace there is no canon to challenge. 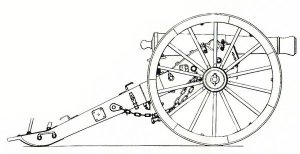 I am a Senior Policy Manager at the Association of Colleges (AoC) having previously been a college principal for 16 years and a teacher before that. I live in East London and I blog in a personal capacity about education and culture. I also tweet at @eddieplayfair
View all posts by Eddie Playfair →
This entry was posted in Culture, Education, Teaching and learning and tagged BBC 'Ten pieces', canon, Cultural heritage, culture, curriculum, Denis Lawton, liberal education, Raymond Williams. Bookmark the permalink.